It all started  in 1961 when a group of local entrepreneurs founded Fammic SA, now called Sammic, involved in manufacturing and sales and with an eye on the tourist boom taking place along the Spanish coast. It began life manufacturing potato peelers and gradually opened branches in different parts of the peninsula.  15 years later, it had already established the SAMMIC subsidiary involved in sales, another manufacturing company called Danamac, and was manufacturing various dynamic food preparation devices, such as planetary mixers. It had its own branches in Barcelona, ​​Madrid, Valencia, Seville and Vigo. 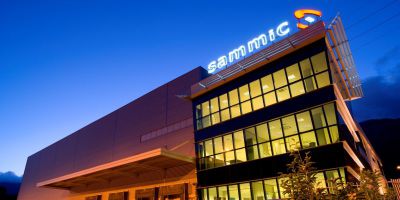 In 2008, the Sammic headquarters and factory moved to its new facilities in Azkoitia. Subsidiaries were opened in the US, Mexico and Asia (Singapore, Vietnam, Thailand). We exported to more than 100 countries around the world. With the development of SmartVide, we evolved towards the digital and connected kitchen and, with the services of the corporate chef, we started working more closely than ever with users.   We are constantly developing new products. So much so that a solution to control cooking and reheating times has led to the creation of Janby Digital Kitchen as a Sammic spin-off.

Get Social with Us